Note:
If you are lazy person just like me, who don’t want to follow all the following 21 steps and just wish for a magical github respository of this monorepo then here’s my github repo link: https://github.com/mishivam/react-and-react-native-monorepo-start-code. You can clone it from there.

1.  Open a vs-code in whatever directory you want to open and open the terminal and do following:

3. Now in the terminal do the perform “yarn init” command and make sure you give “true” value to “private” like in following image:

4. Now make a new packages folder. It will contain our mobile and web app.

6. Now go into packages folder and create a react-web-app like below:

7. Once web app is created,  do the following in the terminal:

it will install all the packages into root directory.

This will basically inform yarn that not to install any packages of react-native into root directory. React native can not access files outside of its own directory and if we don’t add “nohoist” yarn will download all react-native dependencies into the root’s  node_modules folder.

10. Now we have to go to the root folder and again download all the packages. For that first we need to delete node_modules folder from the root folder. After that go to root folder in the terminal and do the following:

Figure 10: yarn at the root folder after deleting node_modules

11. let’s create a common folder in the packages folder which will contain all the common or shared code. After that open terminal in common folder and do following :

Make sure to assign true value to private field.

12. Now open package.json file of the common folder and rename the name field like in the following image:

Figure 12: change name in the common/package.json

I have entered “monorepo”  because my project name is “monorepo”.

13. Now add we need to add common folder as dependency in both web app also in the mobile app. Open the package.json file of both projects and add following:

14. Now go back to root directory in you terminal and do yarn again.

Figure 15: yarn at the root directory

This will add the common folder into the node_modules of the respective projects. 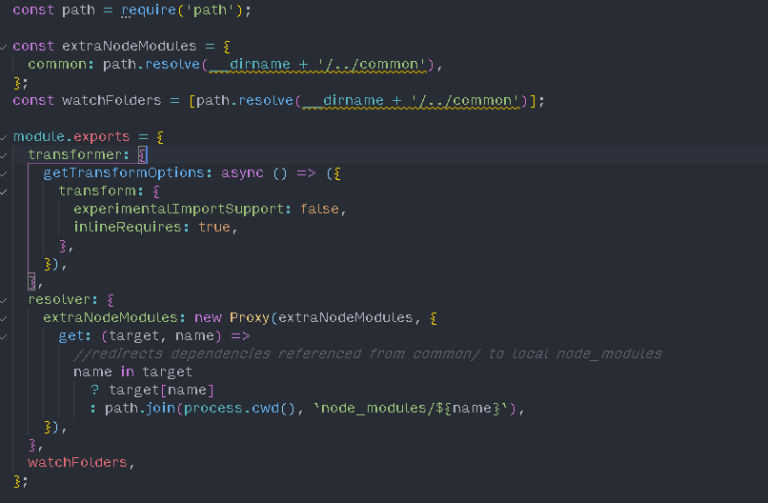 Basically, we are telling metro to get common files from common folder and look for the changes for the same.

16. Now let’s add a file in the common folder. I have named the files as main.js and added one function into that file. Basically that function returns a string.

17. Let’s  import this function in web app as well as mobile app. First I will do for the web app: 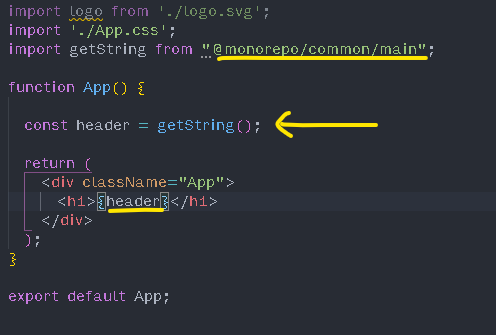 18. After this changes, open the terminal and go to the web-app directory and perform following commands:

20. As you can see in the fig. 20 our web app is working properly. Now let’s do the same for mobile app. Open terminal and go to mobile-app folder . Now open app.js file and change following: 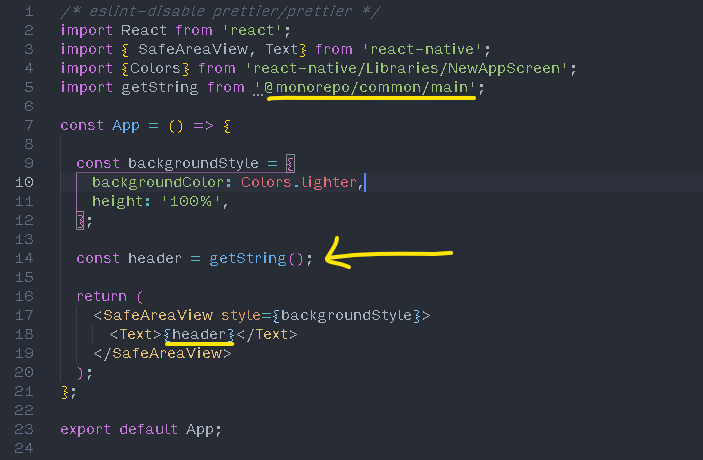 21. Now in the terminal do “yarn android” or “yarn ios”. This will run the app in their respective platform. 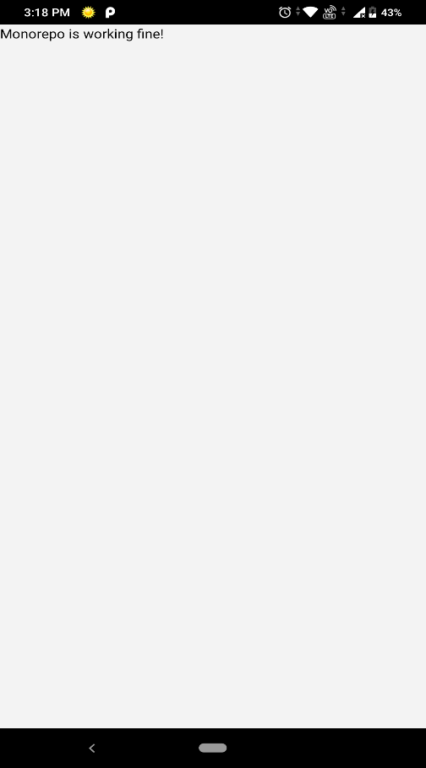 As you can see in fig. 22, our mobile is working fine. You will get the same result in iOS. so here we are done with the monorepo setup.